When troubleshooting a pneumatic conveying system, understanding the components that comprise the system: the blower, the convey piping, the filter receiver, and the various valves (airlocks, divert valves, butterfly valves, slide gates, etc.) is critical to your success. Therefore, it’s essential to have a good understanding of their function and design features. And don’t forget the controls, the brain of the pneumatic system. Understanding the normal operational state of the equipment and the system will help when it comes to discerning any problematic issue. There may be times when consulting with the controls engineer is needed to help reduce troubleshooting downtime.

During the commission phase of a pneumatic system, the start-up technician(s) should test the system to make sure the various components and systems are functioning as designed. This includes checking the blower functionality, sequencing the valves to ensure they are actuating properly, confirming feed devices (airlocks, screws, etc.) feeding at the designed rate, and ensuring the system is operating within safe design practices. Additionally, the operation and maintenance personnel need to know the system intimately. Frequently overlooked as another unwarranted expense in capital budgets, investing in vendor training for the people interacting with the system. This training will go a long way in reducing troubleshooting time and related downtime expenses.
Once you understand how the system is supposed to operate, questions must be asked to start the troubleshooting process. For example, is this a new system, or has it been running for a while? Is the problem something that occurred instantly, or has the system slowly been losing performance? Many times, loss of system performance goes unreported and is ignored until a system failure occurs.

It can be several things if it is a newer system, but typically it’s because of a failed limit switch or a glitch in the program. It’s possible it could be a manufacturer design issue or larger scale failure, but those are typically vetted out in the installation and the system commissioning phase. Components can and do fail, hence, why most companies provide a warranty for these items.
For systems that have been in operation for a reasonable amount of time, while not common, the blower could be the issue. Once the blower has been in operation for any period, chances are, it’s not the blower. However, that doesn’t mean it should be ruled out. It is possible a belt is glazing or has broken. Certainly, inspect the blower, but it is not the typical starting point when troubleshooting a system.

Experience has shown that most issues with pneumatic conveying systems are simply because the system can’t breathe. Keep in mind; the air filter is the workhorse of the system. If the filters are dirty, plugged, blinded, they choke off the air to a pneumatic system, thus reducing the system’s performance. For a terminal convey system check the filters inside the filter receiver to see if they have been “blinded,” not allowing air to flow freely. In pneumatic systems where the product loops back to a silo or use bin, the filter in these vessels could be the culprit. Again, is air flowing freely to and through these filters? The first suggestion is to check the PD gauge on the filter. The standard operating range for a filter is between 2″ and 4″ WC. Readings above 4″ WC would indicate the filters are beginning to blind. As the PD gauges often are not easily accessible, a pressure transducer bringing the data back to a PLC for alarming at the HMI has become more the standard for pneumatic systems. Keep in mind, if you put new filter media into the filter receiver or silo/use bin filter, the system pressure will read slightly high as the filter media has not seasoned yet. Seasoning occurs on new filter media during the first few hours of operation.

When a leak occurs on a pressure system, it typically is quite noticeable as dust pours from the leak point making its presence known immediately. On a vacuum system, it may go undetected for some time if it is a small leak. Typically, it’s noticed over time because the lower vacuum results in reduced transfer times increase to meet the batching requirements. Leak detection kits using food-grade smoke are available to aid in detecting vacuum leaks. Once detected, most leaks are easy to repair. Poor gasket or coupling installation can often be cause for leaks. Systems, where the conveying piping is not installed correctly, will cause premature failure and a potential leak.

If it is a plug in the system, the question must be raised: what was going on at the time of the plug? Once a system is running in its optimal state, plugs rarely occur. When they do, it’s because something has changed either due to a component failure, the operation/interaction with the system, or an environmental issue.

If observant, system plugs can often be prevented. Daily checks of the system performance will provide indicators that point to potential system failures.

Blowers and airlocks are rarely the cause of a system failure. These items would typically fail during start-up. However, they can and do fail over time. For blowers, check the belts first. Are they glazed over or broken? If so, replace them. An older airlock may have worn rotors causing more air to pass by. As such, the air loss can impact the system’s performance. Depending on the product, airlocks typically have 0.004 to 0.007 clearance from the rotor tip to the housing and the rotor top to the endplates. If the clearances are greater than the airlock could be the culprit. Keep in mind this wear typically happens over the years.

Of note, newer systems often include an HMI with graphics with remote monitoring of various data points. Take advantage of these offerings as they do simplify troubleshooting when an issue arises. For systems without system graphics, troubleshooting can be more challenging. It becomes crucial for an operator to know how the system functions and have a good grasp of the controls architecture.

In summary, troubleshooting pneumatic conveying systems can be challenging at times. However, tapping into your knowledge and experience, implementing some basic common sense and logic, and some critical thinking will simplify and shorten the time it takes to have the system operational once again.

As always, CAMCORP experts are available to assist with your pneumatic conveying system needs. Please contact us at any time. 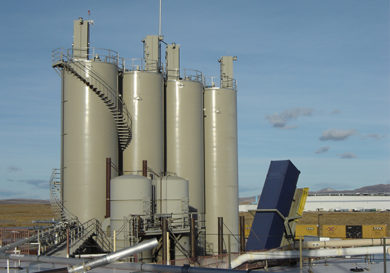 When it comes to moving materials through a facility, owners that set up their operations

What is Pneumatic Conveying?

In many manufacturing settings, from food ingredients to grain to factory processes, o 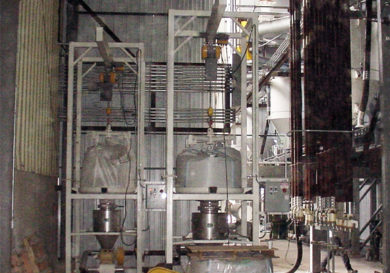 How to Select a Bulk Bag Unloader

As a thoughtful, careful facility manager, you know you need to obtain the most appropriat